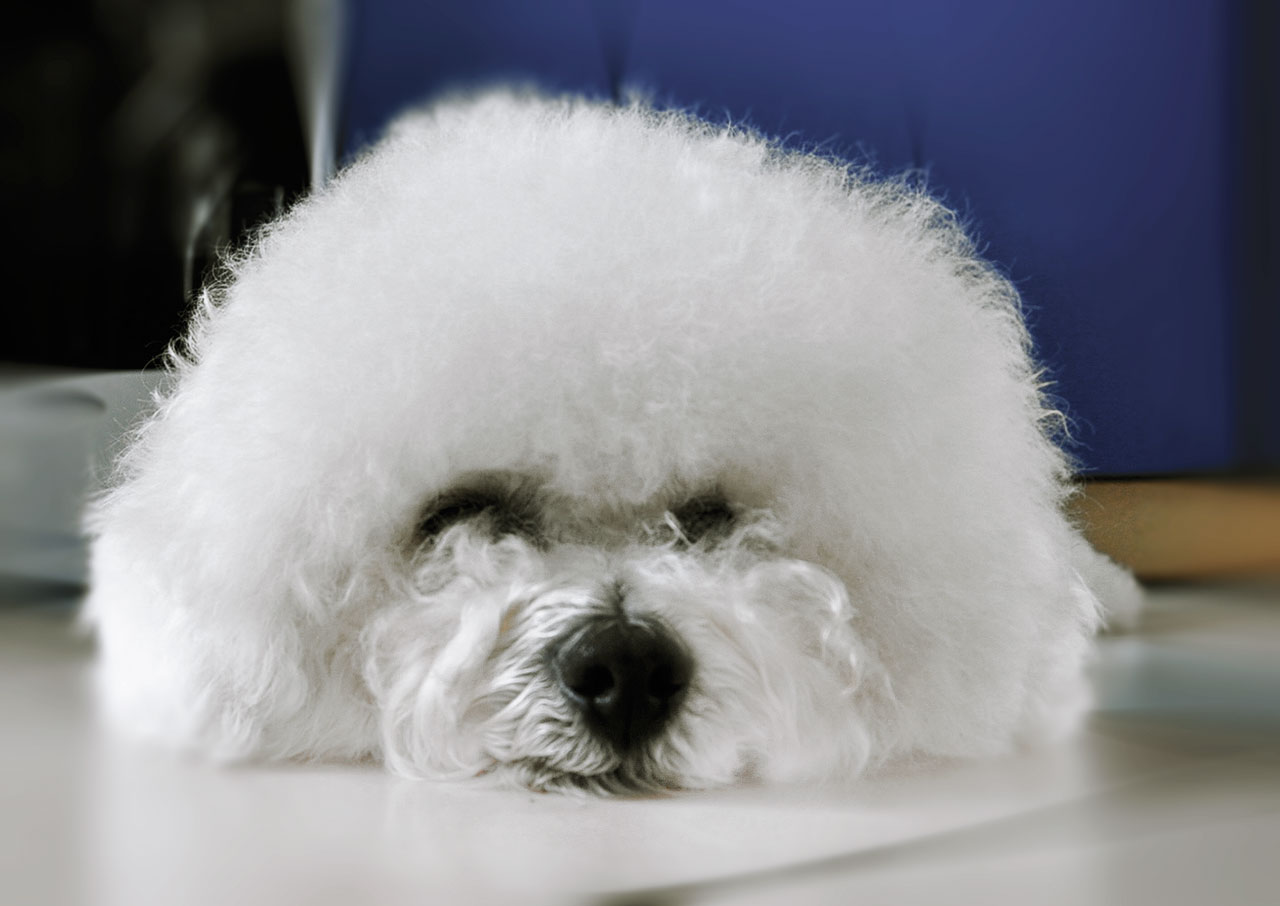 Who could think that cotton candy is not only sweet from the childhood, but also breed of a dog? “Cotton candy”, so in translation from French is called breed of a decorative doggie “Bichon Frise”.

The doggie is actually similar to this sweet. The Bichon Frise is a two crossed dog breeds: Spaniel barbette and poodle. However, who could think that instead of dogs who were crossed for hunting breed, decorative breed with unusually fluffy, smooth and dense coat will turn out. As if it not dog, it looks like a toy!

This "Cotton candy" won the affections of the French elite; as soon as it arrived in France from Tenerife. Told that Henry III ordered a small basket to carry it on a neck in which he put the favourite – the representative of the "Cotton candy". Despite such fine beginning, the fate of the breed was further very tragic.

After the end of the French revolution when their owners were overthrown, these dogs, literally this word, were on street. Probably, they would disappear from this world for hunger and cold, but the breed saved. Is it possible to pass by such charming creatures? Organ grinders and circus artists took the dogs for themselves. Certainly, their way of life changed, but all of them equally were very glad to the new owners simply that those sheltered them, and gave them food. In gratitude, they with pleasure acted on arenas of circus tent and danced to music of organ grinders. Thanks to circus actors and organ grinders, this unique and surprising breed of dog remained in the history. They easily gave in trainings. These are very artistic, friendly and unpretentious dogs.

After long wanderings, this breed was entered in lists of the French Kennel Club. It took about another 40 years, when the breed began to breed at a professional level in Sweden. From Sweden, these amazing doggies began its triumphal procession around the world.

This is really one of the most beautiful dog breeds. Its hair is extraordinary fluffy, stiff and very soft. Generally it is snow-white doggies, but also it is possible to find and representatives with beige or pinkish spots. These small doggies no more than 30 centimetres in height, they do not fade and it is possible to tell that do not smell. Its muzzle with a black nose and black eyes (which does not leave anyone indifferent) finishes shape of a dog toy. They are so friendly and playful that with them with pleasure it is possible to be played and frolic. As well as with any thoroughbred dog, with Bichon Frise it is necessary to walk for its own needs too. Because the dog is small for games, it will be enough space at home.

It is necessary to feed correctly, buying food of special types, which is designed for smaller breeds. Feed a dog on an ordinary routine, not to overfeed. Cynologists consider that the Bichon is one of the healthiest breeds. The dog is very unpretentious, well transfers a heat and cold, rarely sick. Bichon Frises are long-livers, can live until twenty years.

Care of their appearance is not as easy as can initially seem. You can think that at a dog gentle and smooth hair which is not confused that the dog does not shed hair, however it only at first sight. Hair grows very quickly and it is necessary to cut it everyone one and a half- two months. Several times a month our Bichon has to take baths and comb the fine "sweet" coat. That they once acted in circus, affects - they perfectly give in to training. They have a fine memory. They can remember all teams from the first. However, to teach cleanliness at home and to go to a toilet on the street, unfortunately, they remember hardly. Bichon is the ideal company for children. They as well as children like to play and frolic, thus without doing harm. Trainers of dogs unconditionally recommend this sweet doggie as cheerful and obedient dogs for a family. They are ideally suited for a family where children very much want a doggie, and parents have an allergy, and in general as it are possible to be indifferent to "cotton candy"!

Find us on Google+